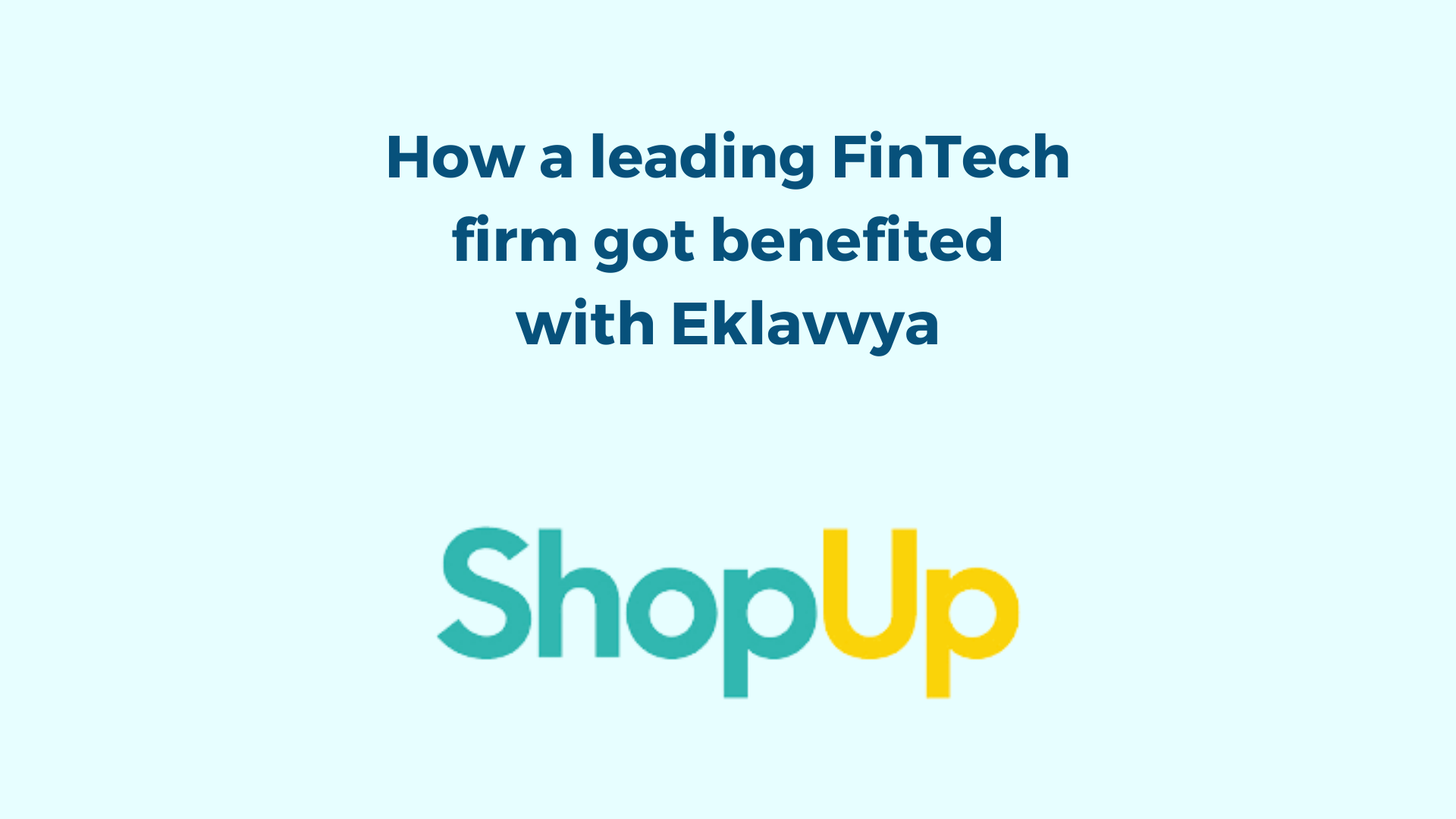 The ways of recruiting are changing rapidly owing the cutting edge advantages of technology over the traditional methods of hiring. Considering the higher requirement of human resources and the large number of applicants, It is hard to efficiently screen the candidates and choose the best candidate for the job role. The aptitude tests are now essentially conducted as part of the recruiting process.

ShopUp is one such company which wanted to streamline hiring process in online way, company had a requirement of hiring candidates through campus drive, to meet the need of secure online hiring tests , ShopUp approached Eklavvya, with the help of Eklavvya, ShopUp could conduct 10000+ hiring tests for various job roles across the regions

Here is how ShopUp got benefited with Eklavvya

It was possible to conduct a bulk hiring drive

The large number of applicants applied for the job roles, it was important to screen the candidates efficiently, these candidates were assigned with the hiring tests and selection was done on the basis of marks obtained by them in these aptitude tests. It was possible to conduct a large number of tests concurrently.

The question bank import, test creation and test scheduling activity was easy, and a large number of questions could be imported into the system with a single click. Test configuration was totally customizable as per the needs. Result management was easier. Results could be generated and exported with a single click. The question papers were reusable for multiple . A single could be assigned to different candidates multiple times; there was no need to create a new for each new test session. By using the question randomization feature of Eklavvya, a unique set of questions was assigned to each candidate.

It is otherwise hectic to send the mails and SMSs manually to the thousands of applicants who would be appearing for the test. In the Eklavvya system, It was possible to send the emails and SMSs automatically as soon as the was assigned. These communications were totally customizable. ShopUp chose to include the test details (Test name, schedule and link) and login credentials to candidates. The login credentials were shared well in advance using the automated communication.

The process was malpractice free in a proctored mode, the images of the candidates were captured after a specific time interval, the logs of candidate activity were maintained in the system. If any candidate was noticed doing malpractice during the test, the candidate’s test could be terminated from the admin end.

If a candidate tries to switch the window/browser tab multiple times, there is a provision to terminate the test of the candidate automatically. A warning was shown to candidates if they tried to switch the browser window/ tab. This altogether could efficiently curb the malpractice during the hiring test.

The test platform was technical error free, candidates did face any technical difficulties during the test process, The test interface was easy to understand. Candidates could navigate through questions, add certain questions for review.

At the end of the test, the count of attempted and not attempted questions was shown, candidates could keep track of the timer which was provided on the test screen. A reminder was set for all candidates which warned them about time remaining till completion of the test.

Candidates across India and Bangladesh could appear for the test

Unlike the conventional ways of hiring for the test, the candidates located across two countries could appear for the test from the convenience of their home, they did not need to travel and spend extra time on the traveling and living cost at the test location.

The ShopUp recruiting team acknowledges the usefulness of Eklavvya, here is what they say

We used Eklavvya to hire freshers through campus drive, earlier; we used to conduct the offline drives for hiring, With support of Eklavvya, we could conduct the bulk hiring drive smoothly. We have conducted about 10000 hiring tests since we started using Eklavvya. Apart from this, the cost is factor that makes us makes use Eklavvya for bulk hiring campus drives